Go home or see all posts

As I’m too lazy to write anything more about this project I’m just going to paste here a section from our Vahdin Help. It’s a short introduction to just give you a hint about what you’re looking at here:

“Vahdin is a multi-user platform used for tagging and following various real world objects. How you use Vahdin is up to you, but it can, for example, be used for simple Alternate Reality Gaming, such as a simple game of tag among friends. The basic idea is very simple: Users see various Marks on the map and can make Busts when they sight the mark in real world, usually providing a picture as a proof. Other users can then Vote on the validity of the bust. Only registered users can vote and submit Marks and Busts. Registering requires a Facebook or Google account.”

The project is still running here but I have to warn you that the app loads very slowly and that the server can possibly be down. It’s run on a infinite trial account at Jelastic but the porblem is that Jelastic shuts down all nodes that have been inactive for a while.

Vahdin is made with Vaadin and done by four people including me. I was mainly responsible of the UI design and development though I took part on backend development too. I should probably mention that out project was one of the three best projects on the course. We were also asked to go to Vaadin headquarters and give a short presentation of our project. The CEO of Vaadin told us it “looked cool”. Success.

Some screenshots below so take a glimpse and leave a comment! 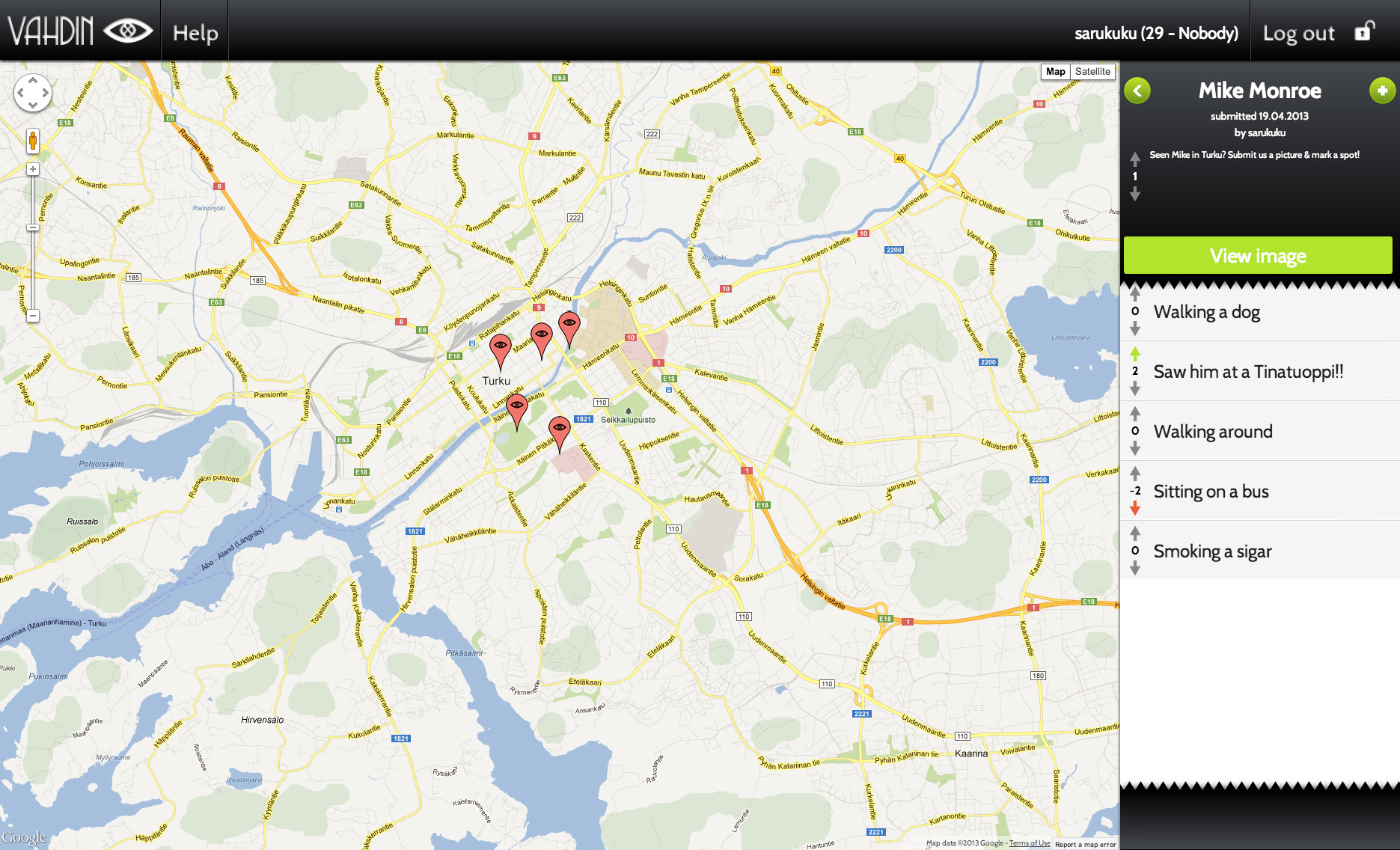 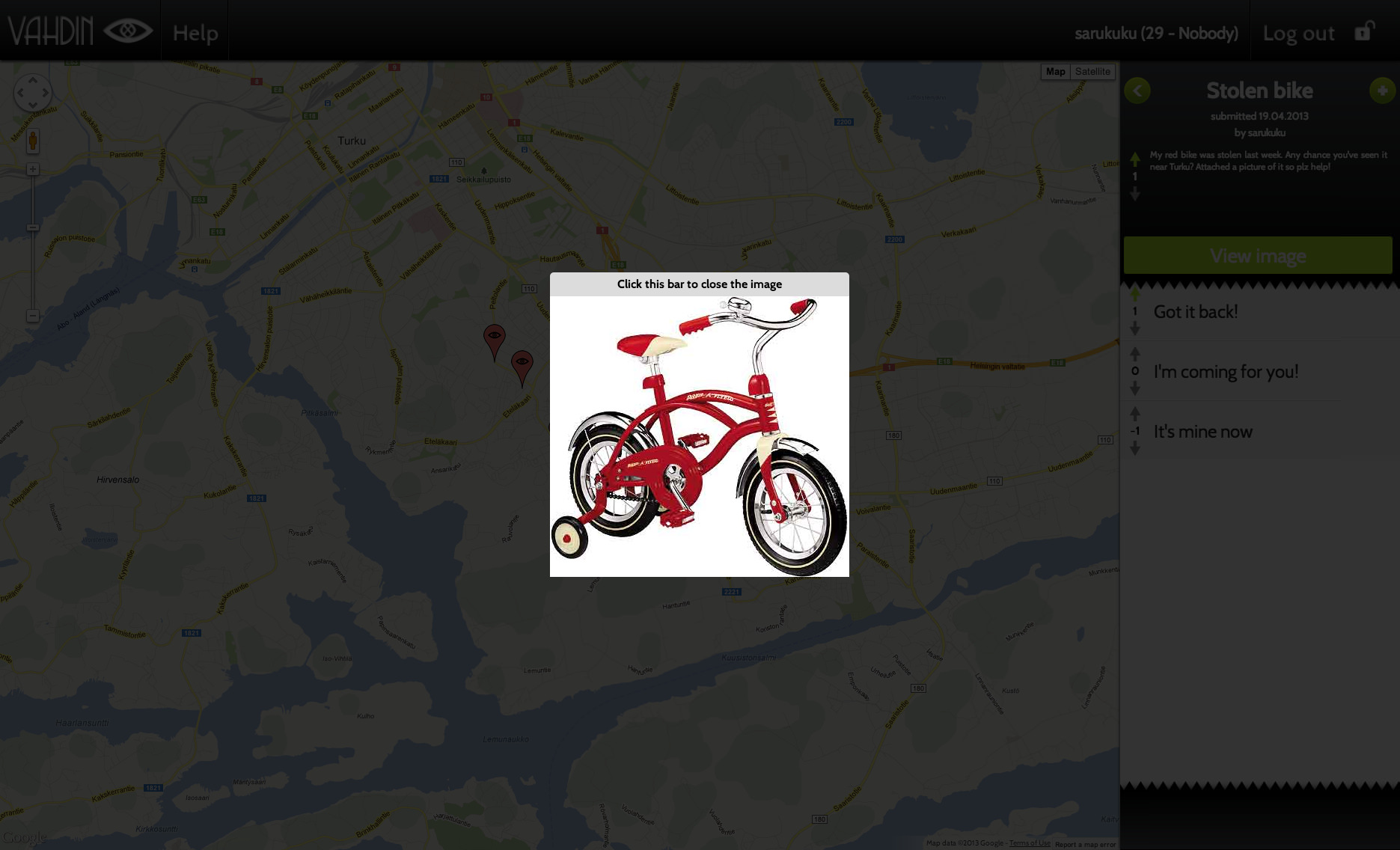 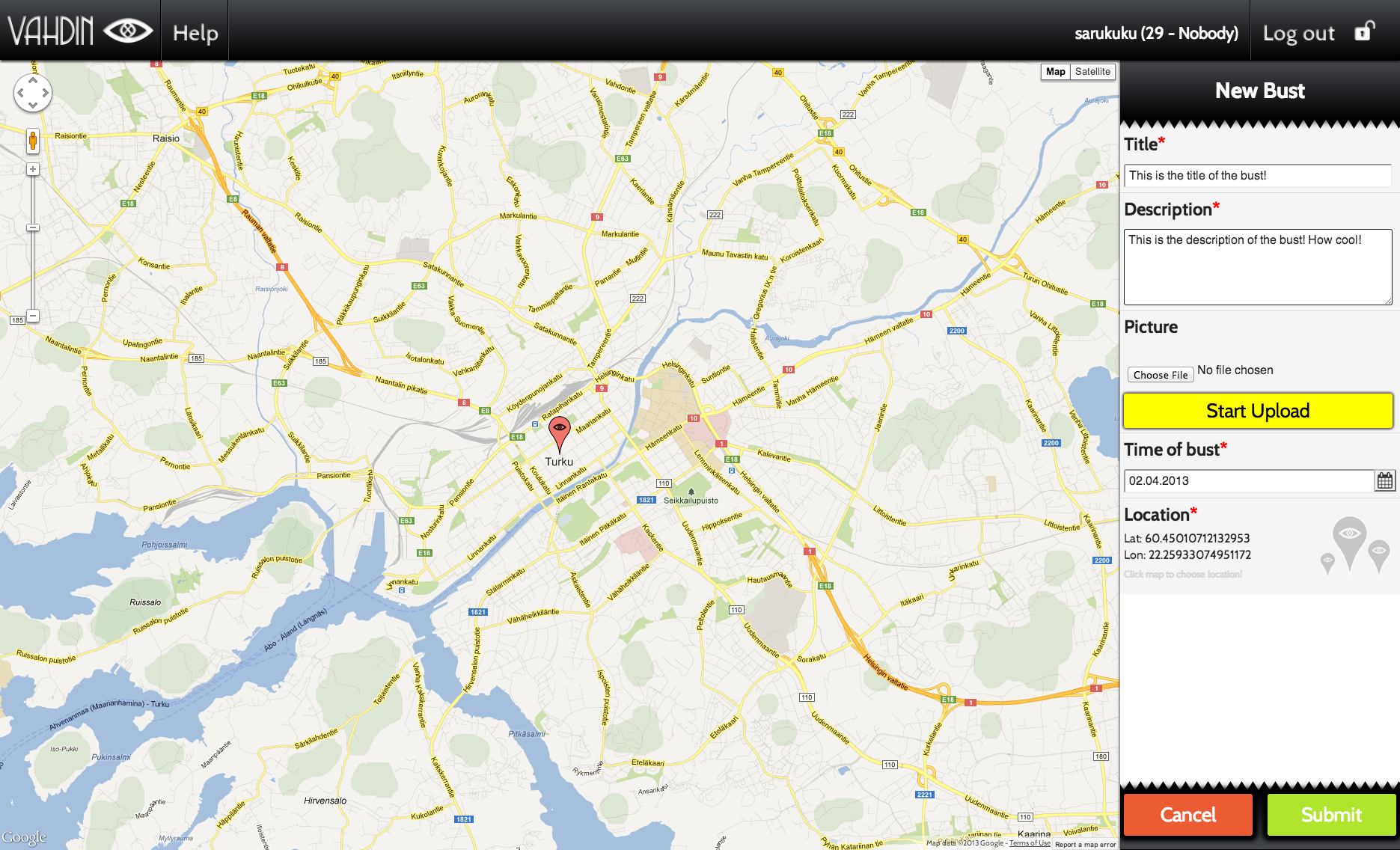 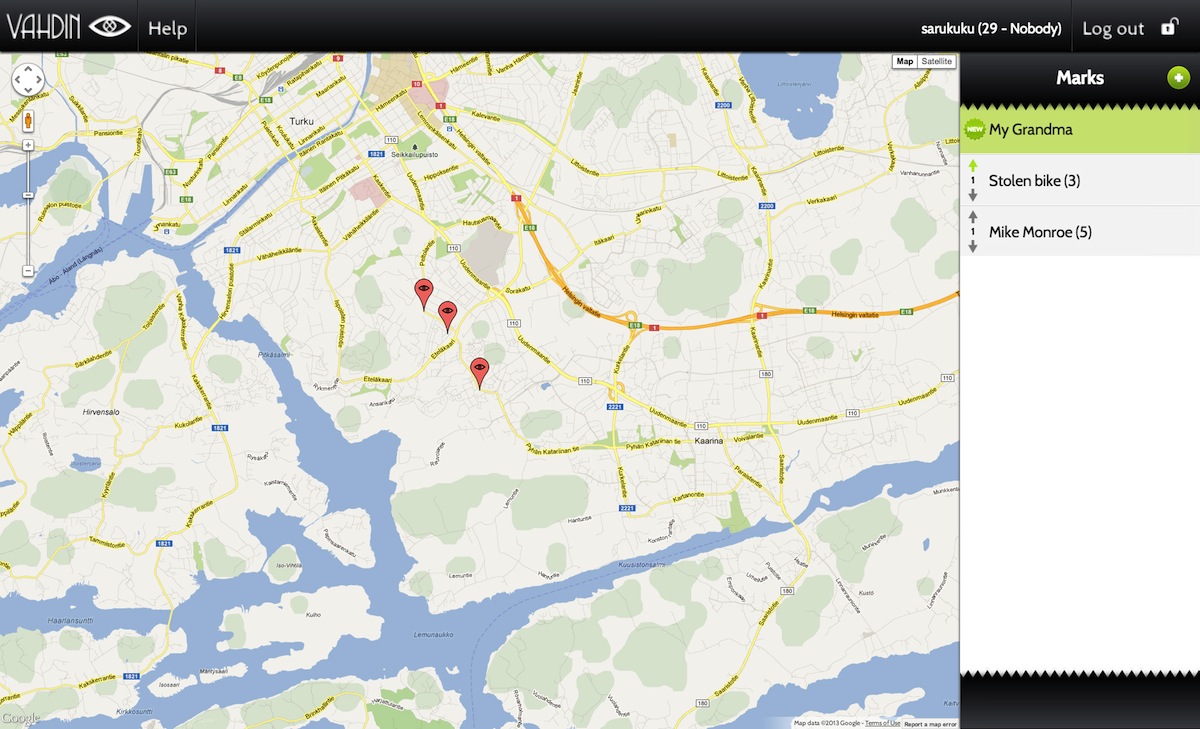